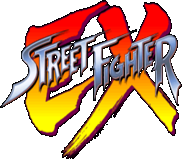 Street Fighter EX Wiki are up and running, more categories will be added as time moves forward - Fully Functional "Add" buttons: 1) Character Lists 2) Stages/Locations Lists 3) Collections Lists. 4) Although there is not an edit ending (yet) the Special/Meteor Combo/New Skills Add buttons are now in working order. 5) Guides are finally able to be added now! Please report any issues on my talk page.

Allen Snider (アレン・スナイダー) is a character who appears exclusively in the Street Fighter EX series by Arika. He debuted as a hidden character in the original Street Fighter EX. He also appears in the Arika-developed non-Capcom fighting game Fighting Layer.

A martial artist once reputed to be the greatest living Karate master in the United States. Allen was the favored contender in the All American Martial Arts Tournament, but lost on his first match against a then-unknown Ken Masters, who told Allen that he was still a "big fish in a small pond". (more...)

To write a new article, just enter the title in the box below. If you are new to wikis, check out the tutorial.

06/30/2011
Arika uploaded several screen shots for a demo game on the Nintendo DS.

01/11/2010
Street Fighter EX Wiki needs any articles. Our Wiki are now total of 157 Articles, while reach until 200 Articles or more, SFEX Wiki will promote directly to ARIKA(Japan). 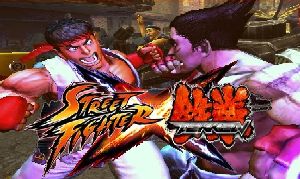 Retrieved from "https://streetfighterex.fandom.com/wiki/Street_Fighter_EX_Wiki?oldid=5606"
Community content is available under CC-BY-SA unless otherwise noted.